Turns Out Mother Does Know Best

If you Google the word Rocketeer, you’ll find a ton of information that looks like this: 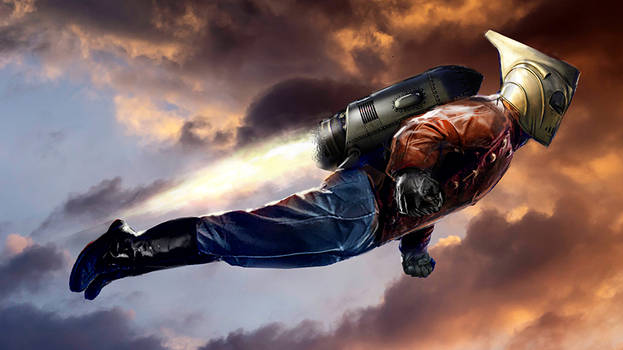 However, for the sake of this article, I’m referencing the real Rocketeers.

So, here’s this group of guys, a Texan of Czech immigrants, a Hungarian Jew, a Chinese mandarin, a free-thinking, self-taught chemist, and a guy from Chicago, all of whose ideas opened us up to a new way of looking at the universe.

Weaned on Jules Verne, Frank Malina was enamored with the idea of rocket propulsion and high-altitude rockets and wanted to explore this field, but because rockets in the 1930s were pretty much considered pulp fiction or science fiction, his professor at the time, Clark Millikan, suggested he leave academia and go do something else.

But Malina stays the course and continues his pursuit of rockets. He approached Theodore von Karman, then director of the Guggenheim Aeronautical Laboratory at the California Institute of Technology and one of the world’s leading scientists. Von Karmen knew there was an (albeit small) area of scientists who were interested in the idea of rockets, so he gave Malina the go-ahead to start a project at Cal Tech.

Word of Malina’s project quickly got around town, and Pasadenan John W. Parsons (John Whiteside Parsons – born Marvel Whiteside Parsons, but known as Jack), offered to help. Parsons, unencumbered by knowledge of higher math or molecular processes, was a cookbook chemist obsessed with things that go bang. He was a mama’s boy who hated authority and often did things impulsively, by the seat of his intuition.

He inducted his childhood friend and sidekick, mechanic Ed Forman, who, along with Parsons, had tinkered with black powder rockets, and their backyards were even littered with little craters to prove it.

Forman was great at designing and building the hardware and for months the trio tinkered and toyed with patchwork test equipment. Malina would design the firing chamber and exhaust nozzles (with no computers to help them at the time), and they would try (unsuccessfully at first), a concoction of gaseous oxygen and methyl alcohol as fuel. Their initial tests were not only unsuccessful but a bit dangerous.

In 1937, another grad student joined the ragtag team, Tsien Hsue-shen. He helped with the critical equations needed to devise a more powerful engine. After a few mishaps and explosions in the Cal Tech labs, the unwieldy crew was aptly nicknamed “the Suicide Squad.” 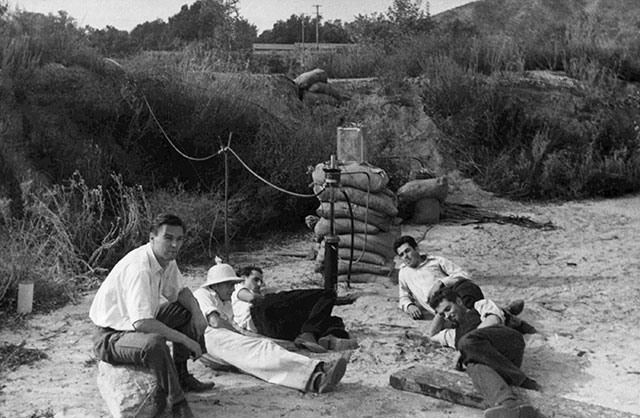 Later, a fifth grad student Apollo MO Smith came on board, and the Suicide Squad was complete. As they gained more momentum and attention, they were approached by the military to design jet-assisted takeoff (JATO) for large military planes needing to launch from short runways.

In 1943, von Kármán, Malina, Parsons, and Forman established the Aerojet Corporation to manufacture JATO rockets. The project later took on the name Jet Propulsion Laboratory in November 1943, becoming an Army facility operated under contract by the university. They continued their research for further experimentation and exploration of ideas and concepts under the Jet Propulsion Laboratory (JPL) umbrella.1

In their earlier rocket testing phase, after many initial failures, and because of the short shelf life of the fuels they were using, and the fact that the canisters were likely to explode, Parsons never gave up. He instead discarded some of the traditional ingredients of using black powder in favor of an unusually intuitive combination of asphalt and potassium perchlorate. Had Parsons not been so intuitively knowledgeable and immersed in the understanding of combustible chemicals, along with his willingness to remain curious, explorative, and experimental, he likely never would have had the insight to create a stable fuel source for rockets. Jack Parsons’ solid fuel concoction would prove to be one of the most important rocket science advances of the twentieth century.

Their focus is always the same. It’s based upon three areas that are specific to the adventurer: curiosity, exploration, and discovery. And the catalyst always derives from one simple idea; ‘what if.’

What Does it Take to Be an Adventurer?

There is a formula they all share, and it has two alchemic components to it:

The first is the inability to hear the word ‘no.’ It’s not even up for debate or discussion because ‘no’ is often someone else’s worry, doubt, or fears, attempting to impose a state of concern and uncertainty onto the adventurer. Sometimes the worry and doubt come in the form of needing the adventurer to have a Plan B, just in case. But adventurers haven’t seemed to master the ability to think this way.

When she was 7 years old, Amelia Earhart visited the 1904 World’s Fair, in St. Louis, Missouri. Inspired by a roller coaster there, she decided to build one herself. She enlisted the help of her younger sister, Muriel, nicknamed Pidge. Meelie and Pidge gathered planks, a wooden box, and a tub of lard to grease the tracks. They built their roller coaster off the roof of a tool shed. Amelia took the first ride—and crash-landed. Despite the bruises, she loved the experience and told Pidge it felt like flying. 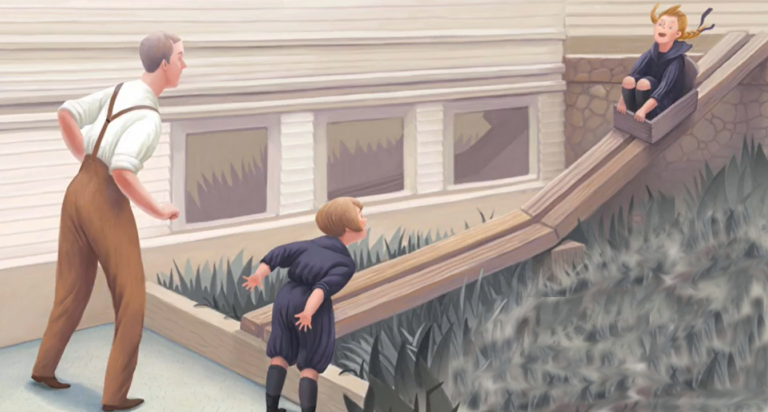 Her mother once commented that she didn’t believe in bringing up her children to be “nice little girls,” encouraging her daughters to engage in fun activities. This spirit of relative freedom and adventure was a common theme throughout her life and obviously set her on a unique path.

Other Catalysts of inspiration

Then there’s outdoorsman, voyager, philanthropist, and Nobel Peace Prize laureate, Fridtjof Wedel-Jarlsberg Nansen, whose strongminded mother introduced her children to outdoor life, early on, encouraging them to develop physical and survival skills, in addition to thinking on their feet. This proved valuable for driving his future. He became an expert in skating, tumbling, and swimming, but it was skiing that played a big role in his life. His mother instilled within him a sense of physical endurance, and psychological self-reliance which gave him a love for the outdoors, a sense of adventure, and a determination toward the betterment of mankind.

Alberta Williams King, mother of Martin Luther King, Jr., raised her three children with a healthy sense of self-respect and taught them that the segregation they saw every day was simply “a social condition rather than a natural order.” She made it clear early on in their lives that she opposed this system and that she must never allow her children to ever feel inferior.

Mary Gates helped to convince leaders at I.B.M. to hire her son’s company Microsoft to create an operating system. Mary encouraged Bill to think independently, and to focus his efforts on philanthropy, and the effects of his success are now contributing to worldwide causes because of her influence on him. As of 2015, the Bill and Melinda Gates Foundation has given billions of dollars to fight malaria, HIV, polio, and poor sanitation, and to improve opportunities for education.

Wu Zetian broke all the rules. As a young teenager in the 630s, Wu Zetian became a low-ranking concubine to the Chinese emperor Taizong. When he died, Wu should have been shipped off to a Buddhist nunnery to live out her days. Instead, she became a concubine to Taizong’s son and successor, Emperor Gaozong. As the Emperor’s health began to fail, she became empress dowager, and the first and only woman to rule China, as an independent sovereign, after he died. Wu’s influence grew. In 690, she broke the rules, claiming the throne as her own. She ruled until the age of 82 when she became seriously ill relinquishing power to her third son who was greatly influenced by his mother’s example.

These are the types of people who think about things like the human condition and how to advance life and humanity, and as we are seeing, were influenced by a strong role model to think for themselves, not do what everyone else is doing, and to look at the world differently.

The adventurous spirit begins with an adventurous mindset, instilled with a sense of curiosity, exploration, and a sense that anything is possible, like the European Space Agency’s Rosetta mission idea of how to land a probe on a moving comet. 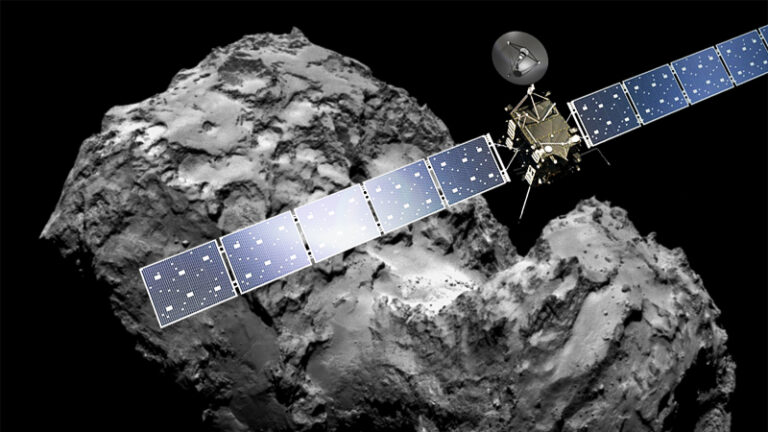 Artist concept of the Rosetta spacecraft and image of comet 67P/Churyumov-Gerasimenko taken by Rosetta.  (ESA/Rosetta)

Adventure starts from within and is not always about conquering nature… sometimes it’s also about venturing into new areas of thought, philosophy, and the idea of exploring the what if of things.

Exploration and discovery are not new, but new pathways are continuing to be defined by the people who see life with such an unobvious focus, much like Watson and Crick with their exploration of the double-helix, or Jennifer Doudna and Emmanuelle Charpentier’s early CRISPER research.

This helps to illustrate that chasing money is not always the best catalyst for discovery, especially when it comes to changing the world for the better. Oddly, for those focused on financial gain and reward, when something does prove to be of merit or value to mankind, it can lead to profitability, but it’s not always the case, and that never should be the motivation.

In my humble opinion (and yes, it is just my opinion), one of the reasons we are stuck in our evolution is that we cannot see, nor do we pursue (on a whole), betterment for betterment’s sake, and instead, we fight for and chase money, power, fame, and notoriety. And while some endeavors do require financial backing in order to move forward, there are still those adventurers who find a way and show us that they have figured out how to pursue their ‘what if’ no matter what the conditions.

Craig Copeland is a Disruptive Theorist teaching the art of finding your own unique genius mindset. Disruptive thinking is much more than what society deems as counterculture or controversial. It’s about learning how to trust in and access your intuitive mindset, which is where the biggest ideas reside, the brightest creations flourish, and the most significant life-altering changes happen. The more you can begin to master this style of thinking, the greater the opportunities, and the grander the impact you’ll make.

Author of the Disruptors: The Gateway to Genius level Thinking. This latest book is based upon 14 years of research and interviews and packed full of radically new insights and super-methods for remapping how you think, act, and live, in a profoundly different and dynamically new way.

The  four ideas of this system are:

2: Try things that may not work

3: Never let others define your limits

4: Keep your ego in check